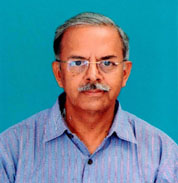 Dr Colonel K M Harikrishnan is an Ex- Indian Army Medical Corps doctor. He graduated in Medicine from Maulana Azad Medical College, one of the top 10 Medical institutions of India. He then did his post-graduation in Surgery from Armed Forces Medical College, another premier medical institute. Later he qualified in Gastro-Intestinal Surgery from All India Institute to Medical Sciences, New Delhi. Around that time, in 1991, laparoscopic surgery had just made its entry into India, and he was the first Army Surgeon to undergo formal training in laparoscopic surgery for a full year, in Chennai, India. He served for 25 years in the Indian Army Medical Corps, during which time he gained many laurels, both in Military and Medical fields. He was head of the department of GI & Laparoscopic Surgery at one of the biggest teaching hospital of the Army, a postgraduate teacher, and trainer.
Later he went to the UK where he worked for many years as a Consultant in General & Laparoscopic surgery in the ABM University Medical Trust, Swansea, Wales. He was faculty at the Wales Institute of Minimal Access Therapy, where he trained young surgeons in general and laparoscopic skills, Endoscopy and Management of Critically ill Surgical patients. He is an ATLS Instructor. He holds a Diploma in Medical Education and an MBA in Healthcare Management. He is passionate about teaching surgery and anatomy, and communication skills. He came to Oman in 2010. He is currently Senior Consultant Surgeon in General & Laparoscopic Surgery, and Medical Director, as well as head of Quality and Patient Safety at Starcare Hospital, Muscat.